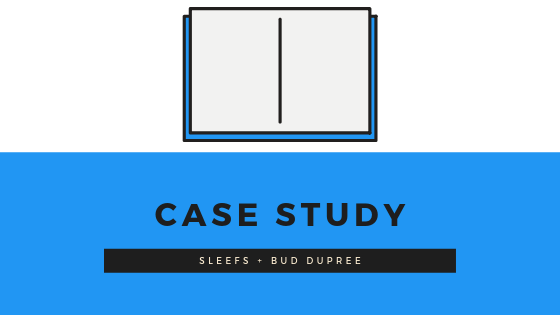 OpenSponsorship brand Sleefs, a custom compression wear company, recently partnered with Pittsburgh linebacker Bud Dupree to drive brand awareness. Bud posted a photo to Instagram, telling his followers to go to the Sleefs site to snag a free sleeve or headband. Sleefs gave him his own code to direct his followers to use, a perfect way for the brand to track the traffic that came in from Dupree's post.

Take a look at all the positive effects of the simple, one-picture partnership!

Over the course of two days, Dupree's unique link to Sleefs' website drove a substantial amount of traffic. If it had ended there, it would have been fine. After all, their initial aim of the campaign was simply awareness. However, once Dupree's engaged fan base arrived at the Sleefs site, they purchased at literally double the average conversion rate. To be exact, it increased by 118%. It's a great testament to the fact that with the right product, the right athlete, and the right campaign, brands will see amazing results.

Each of Dupree's fans, after coming to the site, looked at 60% more pages than Sleefs' average customer. This means they browsed more, looked at more products, and, as we saw above, purchased at a higher rate. This perfectly illustrates the power athletes have in driving relevant customers to a brand's site.

Not only did Dupree's followers browse through more pages, they also stayed longer. Each user stayed on the site for 91% longer than Sleefs' average user. This means that Dupree's followers were a perfect match for Sleefs and their products. Essentially, Dupree did his job by getting his fans there, and Sleefs did their job by getting them to stay. Since Sleefs' initial goal was awareness, the stats around pages per session and session duration undoubtedly prove that Sleefs met their goals.

A campaign doesn't have to be extravagant to drive meaningful conversions. Dupree's post was simple, it showed off the product well, and it had a very specific call to action. Take a look for yourself:

Athletes have loyal fans following them. And those fans are a myriad of demographics that can be a relevant customer for a number of companies. From athletic gear to nutrition to clothing and beyond, athletes generally have the most diverse group of followers in the influencer industry. Carrying with them fanbases from college, former teams, hometowns, and the like, athletes' followers have a far reach.

Set up unique tracking codes. If Sleefs had just given Dupree a link to their site to share, they would have no idea how much traffic his post drove. In fact, he probably drove more than was attributed to him, as some folks most likely went to Sleefs' Instagram page and to the site from there. However, now that Sleefs knows their campaign with Dupree worked, it gives them the data to back up running another campaign.

Are you ready to get a campaign up and running? Go to your dashboard or reach out to us directly and we'll help you get started!

Mary is a content writer and strategist. To see more of her work on influencer marketing, subscribe below to the OpenSponsorship blog.