Sports investments by CEOs and Executives

From earning to investing

A few examples and things to know on sports investments.

The Sports entertainment market has been growing for decades, and the pace doesn't seem to slow down according to a study from PwC. As reported in a Forbes article: The North American sports market is expected to grow from $63.9 billion in 2015 to $75.7 billion by 2020.

Athletes, executives and owners earn huge amounts of money. However, we have all heard about professional players going broke.

According to Sports Illustrated, 78% of NFL players within two years of retirement have filed for bankruptcy or have experienced financial stress. And, it's not only in the NFL. Within five years of retirement, an estimated 60% of NBA players go broke.

So which sports investments are worth looking at?

Among executives and owners there are great examples of smart, well thought out investments. We can even say that some sports franchises' owners are perfect role models for aspiring successful businessmen. Those people display great business sense paired with expertise and flair.

In this article, we will take a look at where and how Under Armour's CEO Kevin Plank has been investing his money. 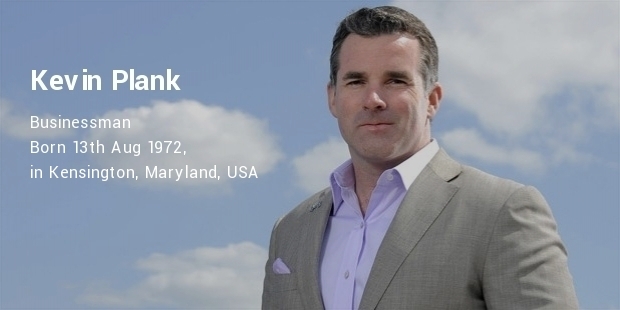 Kevin Plank, CEO of Under Armour

Kevin Plank has a privately owned company: Plank Industries. We will focus on his venture capital firm Sagamore Ventures, which is a part of his aforementioned company.

Their mission is to keep and bring great companies in Baltimore while building and bringing value to the community. Diversifying investments is crucial to be more secure financially. Investing all your money in one project/company is a huge gamble that may never payoff.

Therefore as you can expect, Sagamore Ventures' investment portfolio is diverse: from watches, skateboards and dressings to industrial robots and online learning platforms. They do more than just investing in great and promising companies, they also do strategic partnerships to contribute to their mission of building community. For example, they work with Baltimore Water Taxi, which offers a great alternative to road and rail transportation in Baltimore.

Sagamore Venture has two other notable partners: Betamore and The Foundery which are co-working spaces offering educational resources, classes and workshops. All three of these partners have unique value that they bring to the city of Baltimore. They also contribute in a great fashion to the local community. Which aligns perfectly with the venture firm's mission.

On top of that, these partners have a point in common: they all have an unique offering that draws significant demand. This is something very hard to counterbalance in a negotiation setting. Therefore, it is an asset which can gives these companies the upper hand in a non-cooperative negotiation.

So what's to learn from these sports investments? A good sports investment strategy relies on a thesis to stick to, in this case helping Baltimore, as well as a diversified portfolio and a unique offering with enough demand to grow.