A lot goes into what builds an athlete's brand. This starts, of course, with accomplishments in their sport. Strong performance and accolades can put an athlete in the spotlight and get people to talk about them and become fans of theirs. However, the athlete's presence outside of their performance on the field can go a long way to taking their personal brand to the next level and turn them into stars.

Social media is one of these tools that help athletes to grow their brands. Different social media platforms allow athletes to speak their thoughts on current events, share memories and important events in their personal lives, create entertaining or funny content, and, overall, connect with their fans personally.

One strength of active social media use is that it helps fans to get a closer look into the lives of athletes. Athletes can often be put on a podium that makes it seem as if their lives are different than that of the average person. However, social media helps us realize that many athletes love the same food, the same music, the same TV shows, the same video games, and have the same hobbies as everyone else. This can help give the athlete a more authentic and relatable image that makes fans feel more connected to them.

Social media usage is consistent and a huge percentage of fans spend time on social media. These platforms are growing, too, and more athletes are starting to expand their online presences to platforms like TikTok and YouTube. The number of athletes on TikTok and athletes on YouTube is rising because athletes see the potential in these platforms to increase fan engagement and brand awareness. These two platforms specifically are very engaging places for athletes to create content that appeals to their fans and addresses them directly by speaking into a camera. Two athletes with YouTube channels, among the many, are Trevor May and Alex Bregman. Trevor uses his channel to share one of his hobbies, video games, with friends, and often connects with some of the biggest names in the space.

One product of strong social media usage is the endorsement opportunities that come along with it. Social media is an incredibly important tool for marketers because of the engaging and authentic content that can be made to endorse a product.

The concept of athlete endorsements is nothing new. One of the earlier and perhaps the most iconic is Michael Jordan's partnership with Nike, which of course turned into the extremely successful side brand Jordan. While few endorsement deals are of this nature and magnitude, the influencer marketing industry as a whole is projected to reach nearly $10 billion in 2020 and isn't slowing down anytime soon.

And while deals like Jordan's may be the most well-known. athletes of Jordan's stature aren't the only ones that make great endorsers for a brand. Brands often tap into nano-influencers and micro-influencers because of the incredible engagement rates they have on their posts compared to larger influencers. 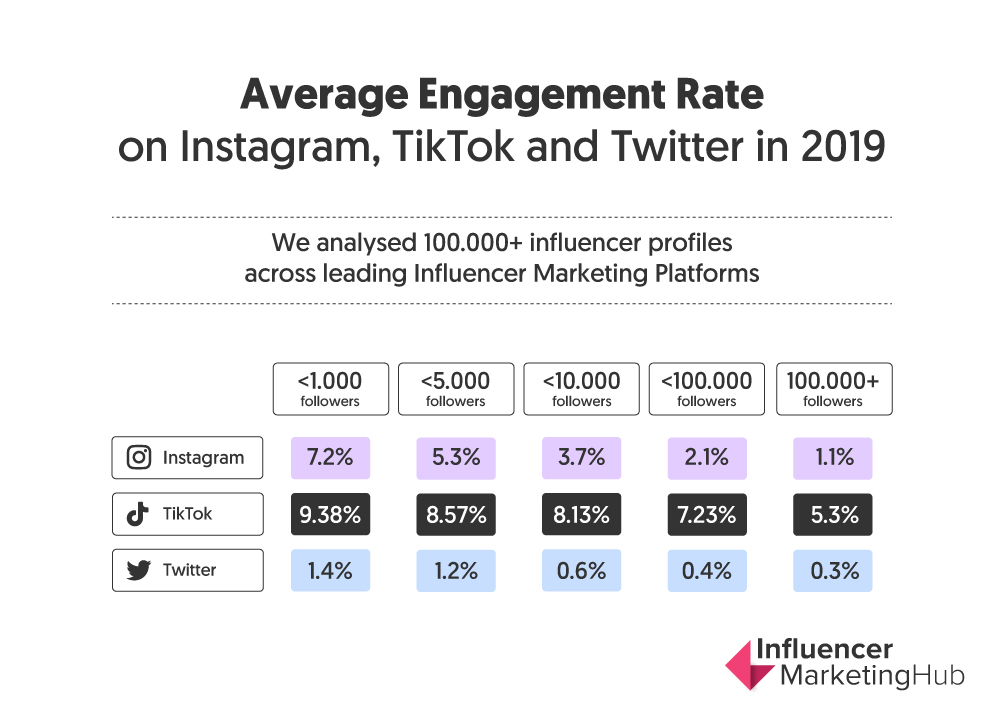 What separates athletes from other social media influencers is the edge that they have by playing their sport. For example, a player on the New York Giants has an existing fanbase solely because of the team they play on. They also appear on television often, and when the team performs well or has a major accomplishment, some of that gained exposure translates to the player as well. Peoples' fandom for their teams translates to an affinity for the players on it as well, and success from either the player or the team as a whole can only cause this to grow. This post below from Javon Kinlaw celebrating himself being drafted by the San Francisco 49ers received nearly 45,000 likes- almost as many as his previous 8 posts COMBINED- and the comments are full of 49ers fans showing love to their newest player.

This holds true for other athletes too that may not play for a major team, or even any team at all. Take a fitness influencer, for example. People who follow this influencer often feel a connection to them. Maybe they follow them because they also exercise often and enjoy the workout tips and insight that the influencer gives. Either way, this connection between the influencer and their followers helps establish trust, and trust goes a long way in the world of endorsements and sponsored posts. This trust makes the fans more likely to take the influencer's opinions of a product seriously and makes them more likely to become customers.

And while their actions related to their sport give them this foundation, athletes are often so much more than just that. To many, athletes are role models, trendsetters, and influencers on the lives of their fans. Athletes who play a team sport can be a part of some of their fans' greatest memories- like Chiefs fans being able to celebrate their first Super Bowl victory in 50 years. Athletes use social media to show their fans the other side of their lives and show the world their authentic selves, and this is what can make athlete influencers so valuable for brands.

To learn more about the power of athletes as social media influencers, reach out to an OpenSponsorship rep today or send us an email at info@opensponsorship.com. You'll be surprised by how many athletes we work with that can make an incredible spokesperson for your brand- if you haven't tried working with athletes, you need to!